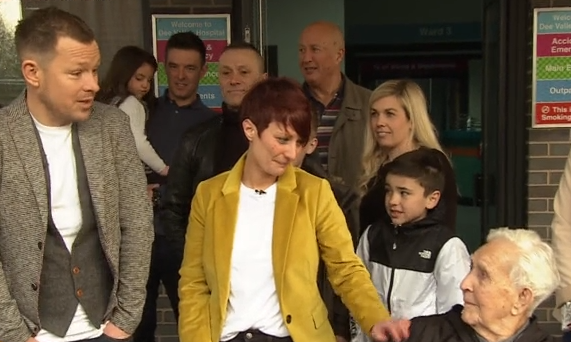 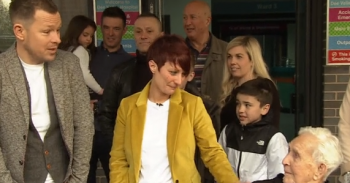 Hollyoaks stars have filmed with 107-year-old Jack Reynolds in an attempt for him to become the oldest man in soap.

Adjudicator Mark McKinley was on the Hollyoaks set to officiate the attempt, and viewers will find out tomorrow (09.04.19) on ITV’s Good Morning Britain – who helped organise the challenge – whether or not Jack is officially the oldest man is soap.

Mark said: “It’s not just enough for him to simply film the scene.

“His performance has got to be good enough that he actually makes the final cut and is broadcast on the show.”

“I know Jack’s a professional so I’m going to be a bit intimidated but I’ll make sure I’ll do it.”

Should Jack make the final scene he will be seen on screen in June, and it will be the fourth record he has broken since his 100th birthday.

When he turned 104, Jack was the oldest person to get a tattoo.

Jack is raising money for Alzheimer’s Dementia Support with his soaps challenge, and he has donated £107 to the cause.