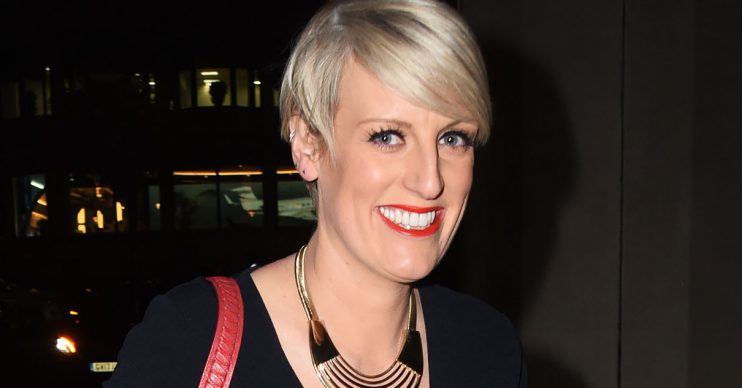 She's pregnant with her first child

Pregnant BBC Breakfast star Steph McGovern has announced that she’s about to make her last telly appearance before maternity leave.

Steph is due to host the latest episode of comedy panel show Have I Got News For You.

Tonight 9pm on @BBCOne – bump’s final outing on the tellybox 🤰🏼📺

She tweeted out a link to the BBC website and wrote: “Tonight 9pm on
@BBCOne – bump’s final outing on the tellybox.

“I’m hosting Have I Got News for You.”

Her fans rushed to tell Steph they can’t wait to see her back on the programme, which she has hosted before, while others took the opportunity to wish her luck with the birth.

Bump’s final outing on the tellybox.

One said: “Brilliant! Looking forward to it!”

Someone else tweeted: “Will defo tune in at some point. All the best for the arrival. Remain #blessed.”

Another told her: “Oh brilliant! You were hilarious last time!”

“Don’t laugh too much,” advised a fourth, adding: “Years ago I told my friend a joke, she laughed so much she went into labour. #Truestory.”

Steph later shared a preview of the episode that showed panellist Ian Hislop laying into Prince Harry and Meghan Markle‘s recent ITV documentary about their tour of Africa.

“It wasn’t terribly enlightening, the documentary,” Ian said. “It was called A Journey to Africa, which got a brief mention and then it was back to themselves… I just think it doesn’t help anyone.”

A sneaky peak of tonight’s episode.

Steph’s stint on Have I Got News For You follows her appearance at last month’s TV Choice Awards.

Steph, who is now believed to be around eight months pregnant, wowed at the event in a black fitted dress as she showed off her bump.

The news presenter revealed that she was “absolutely thrilled” when she learned she would be welcoming her first child with her TV executive partner.

Steph has previously opened up about her terrible struggle with morning sickness, which hit her hard at the beginning of her pregnancy, but it seems she’s feeling much better now.