It was another emotional night in the emergency department on Saturday, as new widower Charlie (Derek Thompson) said his final goodbyes to the love of his life, and his wife for three years, former staff nurse Lisa 'Duffy' Duffin (Cathy Shipton).

After the sadness of Duffy's rapid decline with dementia and her unexpected death last week, there were poignant mementoes of Duffy everywhere at the home the couple had shared. Her voice was still on their answer machine message (these two still use their landline), and her special honey was still in the kitchen cupboard.

Everyone in the accident and emergency team rallied round in memory of their beloved and well-respected colleague. Jacob (Charles Venn) and Robyn (Amanda Henderson) went round to Charlie's to comfort him on the morning of the funeral. 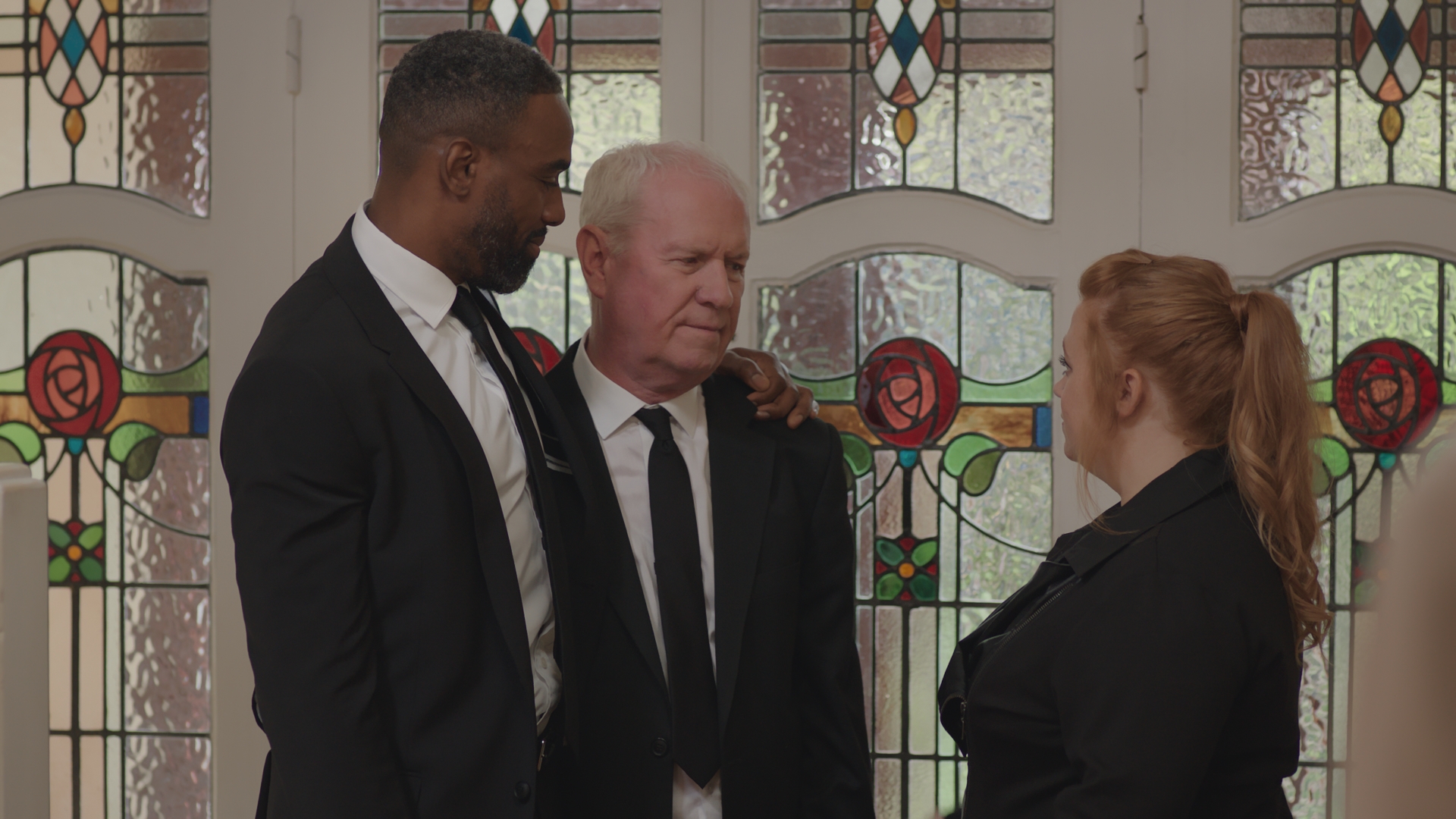 Jacob and Robyn were there for Charlie (BBC)

And on their journey to the church, Charlie asked the driver of the car carrying Duffy's coffin to make a detour to the hospital for 'one last visit'. There, they were greeted by the moving sight of colleagues standing silently in tribute outside. The group then burst into a round of applause before the hearse travelled on to the church. 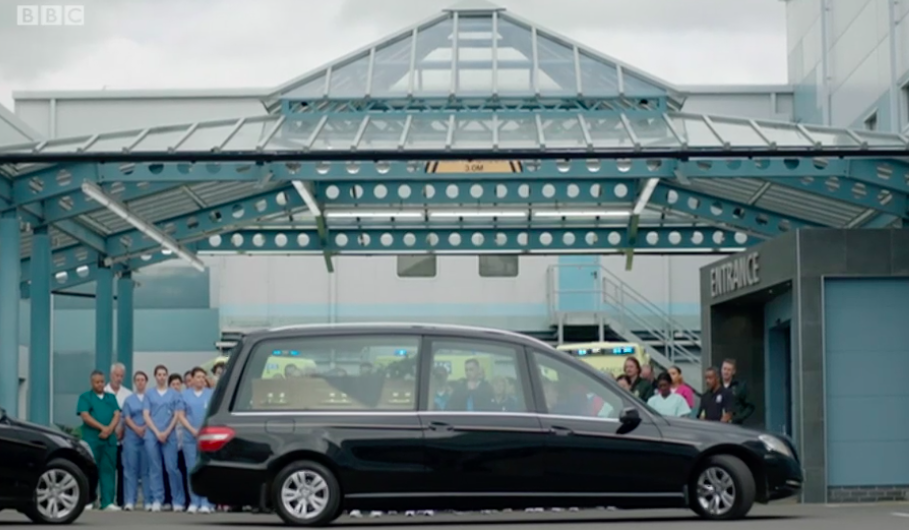 Everyone from the ED paid their respects (Credit: BBC)

Standing in the church pulpit at the funeral service, Charlie made a touching speech. He reminded the congregation that he had loved the 'cheeky, gorgeous woman'  for 30 years. before breaking down and saying 'I love you. I'm so proud of you'.

In an episode full of heart-breaking moments, the biggest one came right at the end,  when Charlie returned home from the service and put the kettle on to make himself a drink. Out of habit, he laid out two mugs instead of one.

Realising his mistake, grief overcome him and he started to cry, saying: "I miss you, oh I miss you." Sob.

Imagine having a funeral where just work pals turn up.

But in between wiping away their owns tears, some fans took to Twitter to ask the same question - where was Duffy's family? Specifically her sons Peter, Jake, Paul.

Surely they wouldn't miss their own mother's funeral? What about her friends outside of nursing? And, come to think of it, why weren't her former workmates like Josh or Fletch sitting in the pews? 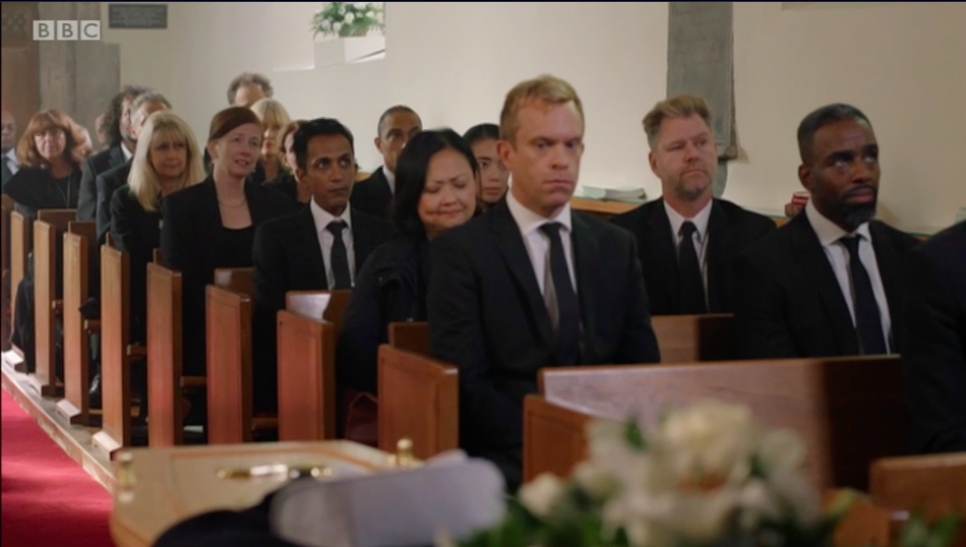 Mourners at Duffy's funeral - but where is her family? (Credit: BBC)

One viewer tweeted: "Soap writers get it so wrong at times. Where is Duffy's family? Surely they would turn up for her funeral? Even cousins would turn up. PS I don't want my funeral to go past my place of work nor have my work clothes on my coffin."

Another wrote: "Imagine having a funeral where just work pals turn up and no actual friends of family outside of work."

A third said: "I miss Duffy terribly. But didn't Duffy have kids that are grown up and an ex-husband? How come they aren't there?"

However, not everyone was as confused with the scriptwriters' decision. Natty said: "To everyone asking why Duffy's children aren't at the funeral... you do know Casualty isn't real, don't you?!"

How many boxes of tissues did you get through watching this episode?  Or did Duffy's missing sons spoil it?  Leave us a comment on our Facebook page @EntertainmentDailyFix and let us know what you think.